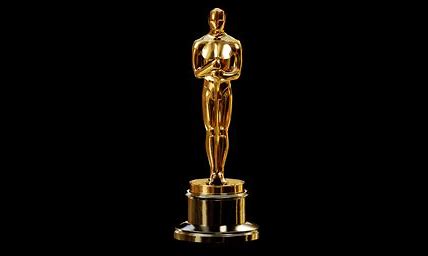 As most of us have heard by now, yes: Will Smith slapped Chris Rock at the 2022 Oscars and proceeded to cuss him out on live television.

But there are some important wins and juicy highlights that got overshadowed by the altercation they caused. Here are some of the most significant wins of the Oscars night.

Ariana DeBose, who was predicted to win since the beginning of award season, ended up taking home the Oscar for Best Supporting Actress for her role of Anita in Steven Spielberg’s 2022 remake of West Side Story. DeBose is the first openly gay Afro-Latina to win an Oscar, a huge win for representation of the minority communities. With her at the Oscars was her mother and Rita Moreno, the original Anita from the 1961 version of West Side Story.

Troy Kotsur became the first deaf man to win an Academy Award for his performance as Frank Rossi in CODA. This is the second win ever for a deaf actor, the first being his CODA costar Marlee Matlin, who won in 1987 for her role in Children of a Lesser God. In an interview with Backstage, Troy Kotsur credits Star Wars as being the movie that changed his life. “There was so much communicated visually, it really motivated me to become an actor.”

Jane Campion is the first woman ever to be nominated twice for Best Director at the Academy Awards, and third woman ever to win the award. This year she took home the award for her directing in The Power of the Dog. This is the second consecutive year that a woman has won best director, including last year’s winner, Chloe Zhao, director of Nomadland.

Billie Eilish is the youngest artist to record a song for a James Bond movie. Her song, “No Time to Die”, co-written with her brother Finneas won Best Original Song this year at the Oscars. They have also become the first American songwriters to win Best Original Song for a Bond movie. Billie later joked on social media that once hearing her name announced for the award, the first person she turned to hug was Sean “Diddy” Combs, who was sitting at their table.

The night of historic wins brought forth well-deserved recognition for minority groups.

Regina Hall, Amy Schumer, and Wanda Sykes hosted the 2022 Oscars, and social media had a lot to say about it after it aired. TV Insider recapped most of the hosts’ performances, including their stand-up and commentary on the Academy. Regina Hall announced that some of the Covid tests had been “lost” and that the following people she called had to go with her for, “emergency testing backstage”. She proceeded to call up Timothee Chalamet, Bradley Cooper, Javier Bardem, Jacob Elordi, to whom she said, “I’ve seen you on Euphoria, and yes, you are legal, I’m sorry, you’re positive, so you’re going to need a deep PCR test,” and even Will Smith, in which she jabbed at their rocky relationship history by saying, “you know what, you’re on the list, Jada approved you, so get on up here,”. In the end, she called up the men that Hollywood and social media have deemed, “hot” in order to make a joke at their expense about “probing” them in the back for a fake covid test. This skit may have been made with light-hearted intent, but it turned out to be quite sexualizing for the men at the brunt of the joke. Had a man stood up there and called out all the women whom he thought were the “hottest”, social media would’ve been tearing him apart for sexualizing women. Yet society forgets that the roles can be reversed, too. Degrading the men and breaking them down to just their physical attractiveness rather than their acting talent, (which is what the Oscars is supposed to be about,) made for an awkward scene, not only for the men called up on stage, but for the audience as well.

Amy Schumer made a lot of social media critics upset when she called Kirsten Dunst a “seat filler” while sitting next to her partner, Jesse Plemons, both of whom are stars in the Best Picture nominee, The Power of the Dog. Page Six recaps that Schumer pulls clearly uncomfortable Dunst out of her seat and shoos her away by asking her if she had to go to the bathroom. Schumer proceeds to flirt with Plemons until he butts in and tells her that Kirsten Dunst is actually his wife, to which Schumer responds with, “Oh, that’s weird.” While Schumer has taken to social media to defend her joke, saying that Dunst was in on it the whole time, it is hard not to cringe at the fact that she disrespected Oscar nominee Kirsten Dunst like that. Some Twitter critics say, “I need to say this again Amy Schumer is not funny. Absolutely disrespectful, Jesse Plemons and Kristen Dunst looked so damn uncomfortable,” and others even going as far as saying, “will smith this, will smith that. can we start hating on amy schumer pretty please!?!? openly hitting on kristen dunst’s husband right in front of her face and making her get out of her deserved chair to do it. chris rock wasn’t the only person who should’ve got slapped”.

All in all, the 2022 Oscars had a hard time winning over anyone’s love and affection, as it does any year. Here are some final quotes from news outlets that show their disappointment, even without the Will Smith and Chris Rock entanglement.

“The Oscars Telecast Was a Disaster Without the Slap”-Vulture

“Even Before Will Smith, It Was a Strange and Awkward Oscars”-Vanity Fair