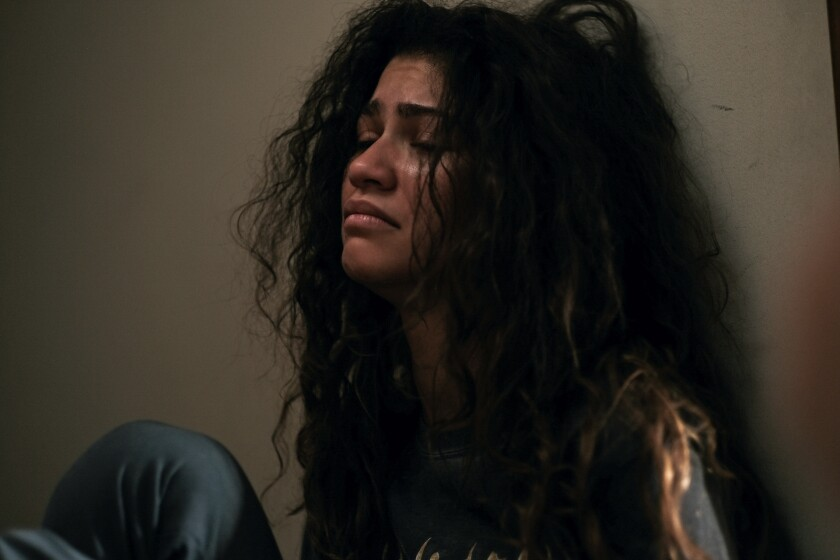 HBO’s current most trending show with the second to most views since 2004, behind “Game of Thrones,” is “Euphoria” according to Variety. The second season just ended this past Sunday, leaving everyone with enormous cliff hangers until season three.

The show depicts a group of high school students who throughout their lives, have endured a lot of trauma, shaping them into who they are today. The show is centered around the main character, Rue, played by Zendaya. Rue is a struggling drug addict who is constantly battling between addiction and sobriety. She lost her dad at fourteen, and since then her family hasn’t been the same. Although Rue has a tough story, she isn’t the only one out of her friend group with a lot to unpack. They all are fighting through their own battles, some becoming so severe that force them to turn against each other.

The show focuses on extremely heavy topics with characters who are supposed to be in high school which has led to some controversy. Many people think the show is blown way out of proportion and glamorizes issues like these involving pregnancies, abuse, addiction, and crime that are not actually a part of high school, while other people have come forward and said that either they or people they knew did in fact deal with similar situations throughout their four year experience. In an interview with The Guardian Zendaya states that just because the show is about teenagers, doesn’t necessarily mean that it is for teenagers. The show is really for people who are 18 and up. However, when asked if she finds the content shocking, she responds with, “I think it’s only shocking if it’s not your experience. Just because it didn’t happen to you doesn’t mean it’s not happening every day, all the time, it’s just certain people will be able to understand a little bit more than others. Someone’s going to connect to it and whoever needs to see it, will see it.” There are some people who find it shocking and others who find it relatable. It just all depends on your situation.

Aside from the content, there have been many controversies about the excessive nudity particularly with actress, Sydney Sweeney. There have been many sources saying that Sweeney in fact was not comfortable with the amount of nude scenes her character had and that she was unable to deny them like actress Zendaya, because she was not as popular. It is still unclear whether Zendaya signed a contract denying them the right or if it just isn’t a part of Rue’s character; however, in the two full seasons Rue has not had one naked scene. In an interview with Independent, Sweeney discusses the backlash she has received and the rumors she has had to deal with. She explains she was never forced into the scenes and if she found one unnecessary she would simply tell the director and they would cut it out. What is upsetting to her is that her body is what people are noticing her for and not for her acting which she has put so much hard work into. In an interview with Ellen Degeneres, Jacob Delori, who plays Nate in the show, says “you have no choice” when asked if they have any say in their nude scenes. Who can say what the real truth is behind this controversy, but we can all hope that these actors are being treated respectfully and never forced into anything out of their comfort levels.