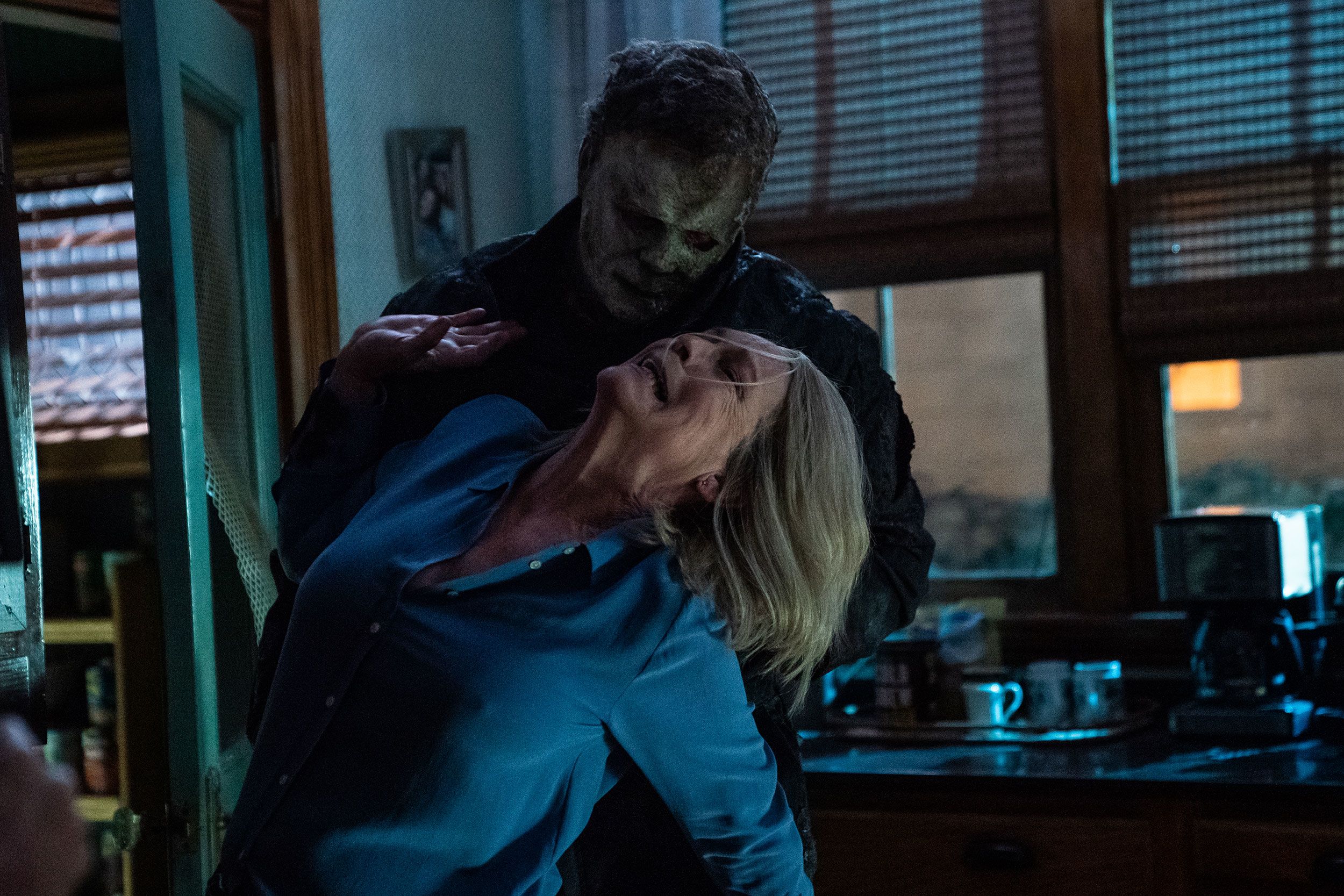 Michel Myers, a Iconic horror movie villain who has been terrorizing Laurie
Strode for the last 44 years, has come back for one last fight.
Jamie Lee Curtis comes back to reprise her role in the 13th and “the last”
installment of the Halloween movies. The first movie which came out in 1978 and
has had 13 sequels after the original. Bit excessive but each movie has done
significantly well each time.

Jamie Lee Curtis is hanging up her horror hat for good. After 44 years of
working on such a momentise project Curtis is putting the psychopathic serial
killer to rest.

In the first movie Jamie Lee Curtis had her big break into fame by playing
the one of the most iconic final girls in horror history (sitting alongside her mother
Janet Leigh in horror movie hall of fame ). Laurie Strode, a high school student
who was one of victims of a newly escaped mental patient / serial killer Michel
Myers who 15 years prior killed his oldest sister on halloween night in 1963 has
come back to his hometown to kill again. We later find out in the second film that
Michel and Laurie are siblings. Which explains why Michel has an obsession with
Laurie but also why Laurie would not give up when it came to stopping her boogie
man .

In “Halloween Ends” Jamie Lee Curtis’s character comes face to face with
The Michel Myers once again, after the traumatic events four years earlier in
“Halloween kills” when Michel Myers killed Laurie’s daughter Keren Nelson. She
vows to finally end the 44 year fight between Her and Michel. The writers made
directions that I personally would not have seen coming nor would have chosen ,
The movie was very slow paced and didn’t really pay much attention to Michel
himself but instead they focused on a new psychopathic serial killer in town when
we meet Corey he a lonely senior whos going off to collage the following fall until
a tragic event landed him in jail, when Corey comes home the whole town is
against him which lead to Allison (Lauire granddaughter ) and him meeting, they
started to hangout more and more but just as thing were looking up Corey he
started to have jealous violent urges, one night he come face to face with Michel
which lead him to become “The Boogie Man 2.0”, killing up to 6 people before he
ended up at Laurie’s front door due to his love for Laurie’s granddaughter and his
hatred for the horrible people within the town who get away with being horrible
people he feels that Lauire is keeping Allison from moving away with him because
Allison feels as though its her job to keep her grandmother company.

I felt as though the writer were trying to demonstrate how a normal person
can turn evil due to the traumatic events they have been through in their lives .
Even though the halloween franchise is centered on Michel coming back over and
over again they have exhausted the fight after 40 years. It is not until the last 30
minutes we get to see Michael and Laurie face off in her kitchen but only one
comes out alive. So is it really over? Guess you’ll have to tune it to find out. The
films set release is October 15th, 2022 in Theater or it is streaming on NBC’s
streaming service Peacock October ,17th ,2022