Trouble For the Washington Commanders 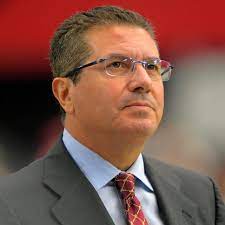 The Commanders have had an interesting last few weeks…
so what’s been going on?

From the Washington Commanders’ former racist name to sexual misconduct
allegations against the owner, the Commanders have been in hot water multiple times over
the years. In 2009, the team paid 1.6 million dollars to settle a harassment claim against
owner Dan Snyder, and he has another recent claim against him as well. The team also had
to restructure their cheerleading squad after the cheerleaders said the team had sexually
harrassed them multiple times. While some of the things that have happened with the
Commanders didn’t happen directly because of Snyder, they have happened under his
ownership. So, what’s been happening over the past few weeks?

November 2nd, 2022
According to ESPN, the U.S. Attorney’s office in the East District of Virginia had
launched an investigation on allegations that the Commanders had been involved in
financial improprieties. This news came very quickly after Snyder had apparently hired
Bank of America to look into part (if not the entirety) of his share of the team. While there is
no evidence that these two events are connected, it is believed to be a possibility. Jean
Medina, the Commanders’ spokeswoman, said that ESPN was publishing falsehoods and
that the investigation would show that the allegations were completely untrue.

November 10th, 2022
On the 10th of November, District of Columbia Attorney General Karl Racine
announced that his office had filed a civil lawsuit against Snyder, the Commanders, and
NFL/league commissioner Roger Goodell. Racine said that they tried to suppress an
independent investigation, deceived their customers, and upheld their finances. The team
was “faced with public outrage over detailed and widespread allegations of sexual misconduct
and a persistently hostile work environment on the team”. The civil lawsuit accuses the
Commanders of public misrepresentation, omissions, and ambiguities of material fact. In light of
these accusations, the suit is seeking “financial penalties under the CPPA for every incident in
which the Commanders, Mr. Snyder, the NFL, and Commissioner Goodell lied to District
residents dating back to July 2020.

November 18th, 2022
About a week after Racine announced the civil lawsuit against the Commanders and
Goodell, he announced another lawsuit against the team for implementing an illegal scheme to
cheat District ticket holders out of their deposits for season tickets and use the money for its own
purposes. According to the suit, the Commanders have held almost $200,000 in unreturned
security deposits. The Commanders then said that “The Team has not accepted security
deposits for over 20 years in the case of premium tickets and over a decade in the case of
suites, and we began returning them to season ticket holders as early as 2004. In 2014, as part
of a comprehensive review, Team management was instructed to send notices to over 1,400
customers with deposits and return all security deposits requested.” The statement by the team
also went on to say that they went to an outside law firm and auditors to run a review on the
team’s accounts and the firm/auditors found no evidence that the team had intentionally withheld
security deposits or took unclaimed deposits as their own revenue. As of right now, both the
lawsuits Racine announced are ongoing.
So… what does this mean for the Commanders?

The Commanders aren’t in a great position. Between Snyder’s recent misconduct
allegations and these lawsuits against them, the team has some serious issues on its
hands. Snyder is not the NFL’s favorite person by any stretch, with ESPN reporting that he
made a statement to guests in his home where he said that “The NFL is a mafia. All owners
hate each other”. Another owner fired back at this claim and said “That’s not true. All the
owners hate Dan.” Some reports over the past year have said Snyder’s colleagues haven’t
been very fond of him. Reports have also said that 24 of the 32 NFL owners may vote to
force Snyder to sell his team. The NFL has some things to handle when it comes to the
Commanders, and it should be very interesting to see how it all shakes out.
3