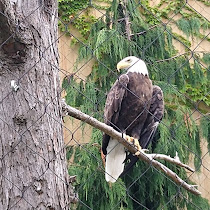 U.S. District federal judge Jeffery S. White has relisted wolves back into the Endangered Species Act. The gray wolves were delisted from the Endangered Species Act by the Trump Administration, which makes it legal to kill wolves in the States of Idaho, Wisconsin, Montana, and even Yellowstone National Park in the State of Wyoming. According to National Geographic, “a U.S. District Court judge ruled on February 10 that the U.S. Fish and Wildlife Service acted improperly in delisting wolves.” This decision from judge White will help “restore the protection of gray wolves in 45 states.”

Not only is the act helping to prevent extinction from endangered species, but it is useful to defend their ecosystems they depend on. Therefore, the main objective of the Endangered Species Act is not just to prevent endangered species from going extinct, but to recover the species’ survival in their natural environment. Once the species has reached their full recovery, they will be delisted from the act and will no longer need any protection. However, things began to turn upside down when Donald Trump was elected president. The Trump Administration eviscerated the Endangered Species Act, which makes it more difficult to protect endangered wildlife in America. The Trump Administration established a rule that will “further erode the Endangered Species Act.” According to defenders.org, “under the new rule, the administration has narrowed the scope of what can be considered habitat, redefining what habitat is and limiting the ability of federal agencies to establish critical habitat for listed species. These new rules also undercut species conservation in the face of climate change by prohibiting new designation for species as some move to find more favorable temperatures and other habitat conditions.” The new rules of the Trump Administration weakened environmental protections, which will make it more difficult for wildlife species to survive. This proves that endangered species would not have protected critical habitats. This also proves that Trump officials do not care about America’s endangered wildlife, but they care about industry business profits. Luckily on October 26, 2021, President Joe Biden’s administration played a role to reverse the consequences of the Trump Administrations’ detrimental rules that gutted the Endangered Species Act.