Everything You Need to Know About Russia and Ukraine 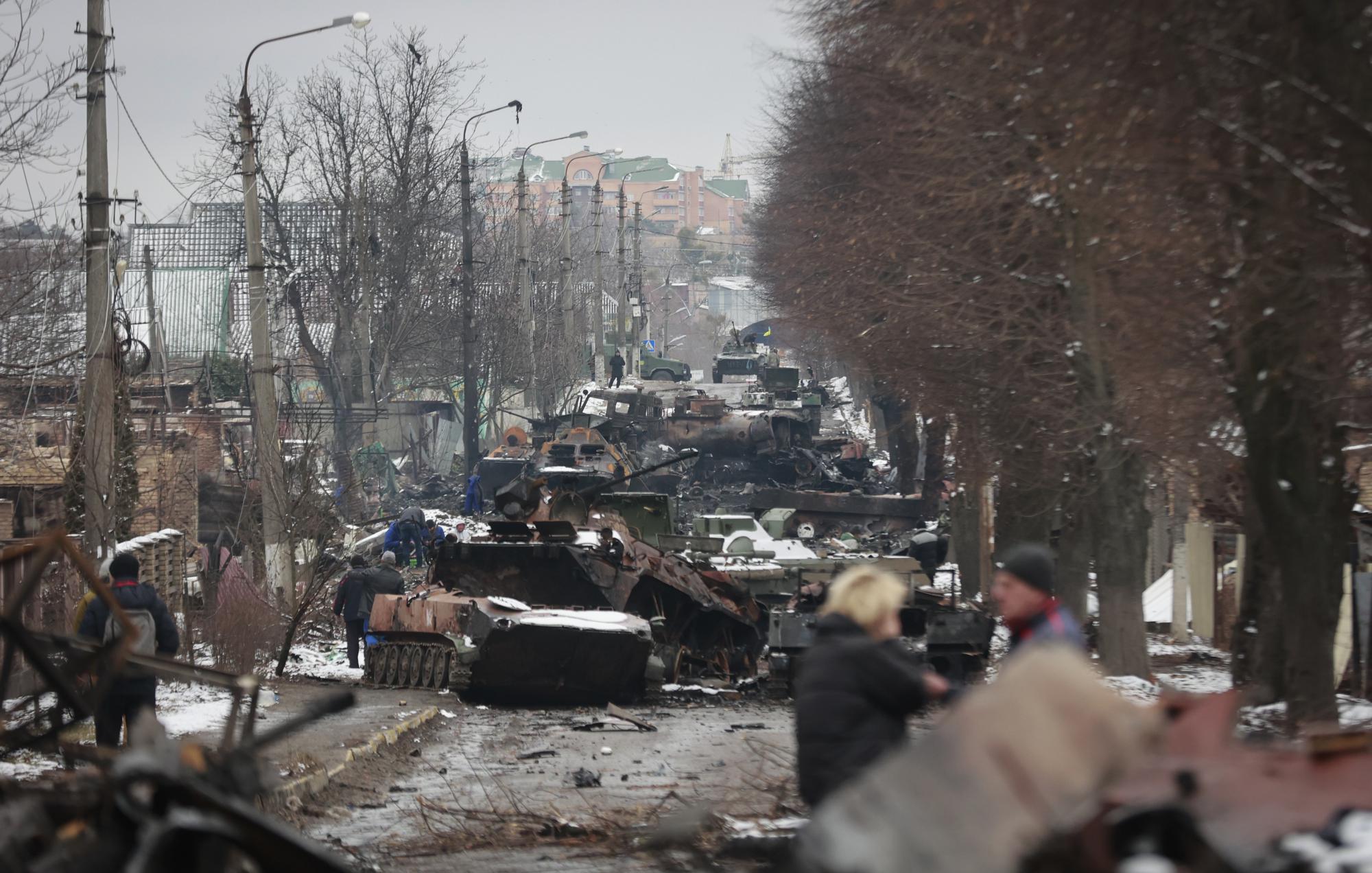 Russia and Ukraine have been in constant conflict for many, many years. On February 24, 2022 tensions exploded when Russia’s president, Vladimir Putin sent troops in to invade Ukraine. There has been quite a bit of misinformation circulating about what is really happening. First, in order to fully understand this awful situation, we need to rewind back to 2014.

In February 2014, there was a protest happening in the main square of Kyiv. Kyiv is Ukraine’s most populated city, as well as the capital of the country. Ukrainians wanted to overthrow President Viktor Yanukovych, who had been installed as President by Vladimir Putin. As a result of this, more than 100 people were killed. A few months later in April, Russia invaded and annexed Crimean, a peninsula located in Ukraine. Then, the Donetsk People’s Republic and Luhansk People’s Republic broke off from Ukraine. The war took place in the eastern regions of Ukraine and ended up spreading to the west. Approximately 13,000 Ukrainian soldiers and civilians died as result of the war.

Since the 2014 war, tensions remained unresolved. In attempts to resolve the war, Russia, Ukraine, France, and Germany signed cease-fire agreements called the Minsk Accords. However, according to NY Times reporter Andrew E. Kramer, “The cease fires never held. More civilians and soldiers on both sides have died in the seven years after they were announced than the year of war that preceded them.” In April 2019, Volodymyr Zelensky was elected president.

On December 3, 2021, The Washington Post published an article titled, “Russia planning massive military offensive against Ukraine involving 175,000 troops, U.S. intelligence warns.” This clearly indicates that Putin has been planning this military attack for a few months now. Most people have been prepared for a potential war, but were doubtful that it would come to fruition.

On February 28, a statement came out from the International Criminal Court, which stated that they are investigating whether or not Russia has committed war crimes. As of March 1st, the war was on day number six. The city of Kyiv is continuing to experience explosions. Khariv, Ukraine’s second-largest city, experienced a deadly explosion today. The explosion happened at the regional state administration building. According to NBCNews.com, “Ukrainian President Volodymyr Zelensky implored the European Union to accept Ukraine’s application to join the bloc in a speech before the European Parliament on Tuesday that was met with a standing ovation.”

The question many people are asking is, what does Russia want from Ukraine? The answer is one that has been around for a long time: Russia wants to control Ukraine. According to U.S. News, “A principal demand of Russia is to prevent Ukraine from joining NATO, a military alliance between 28 European countries and two North American countries dedicated to preserving peace and security in the North Atlantic Area.” No matter the reason behind this, the people of Ukraine need our thoughts and our prayers.

If you want to help the people of Ukraine, here are some ways:

ELON MUSK: WHO IS HE?

Canadian Border Opening, is it Really Worth Crossing?