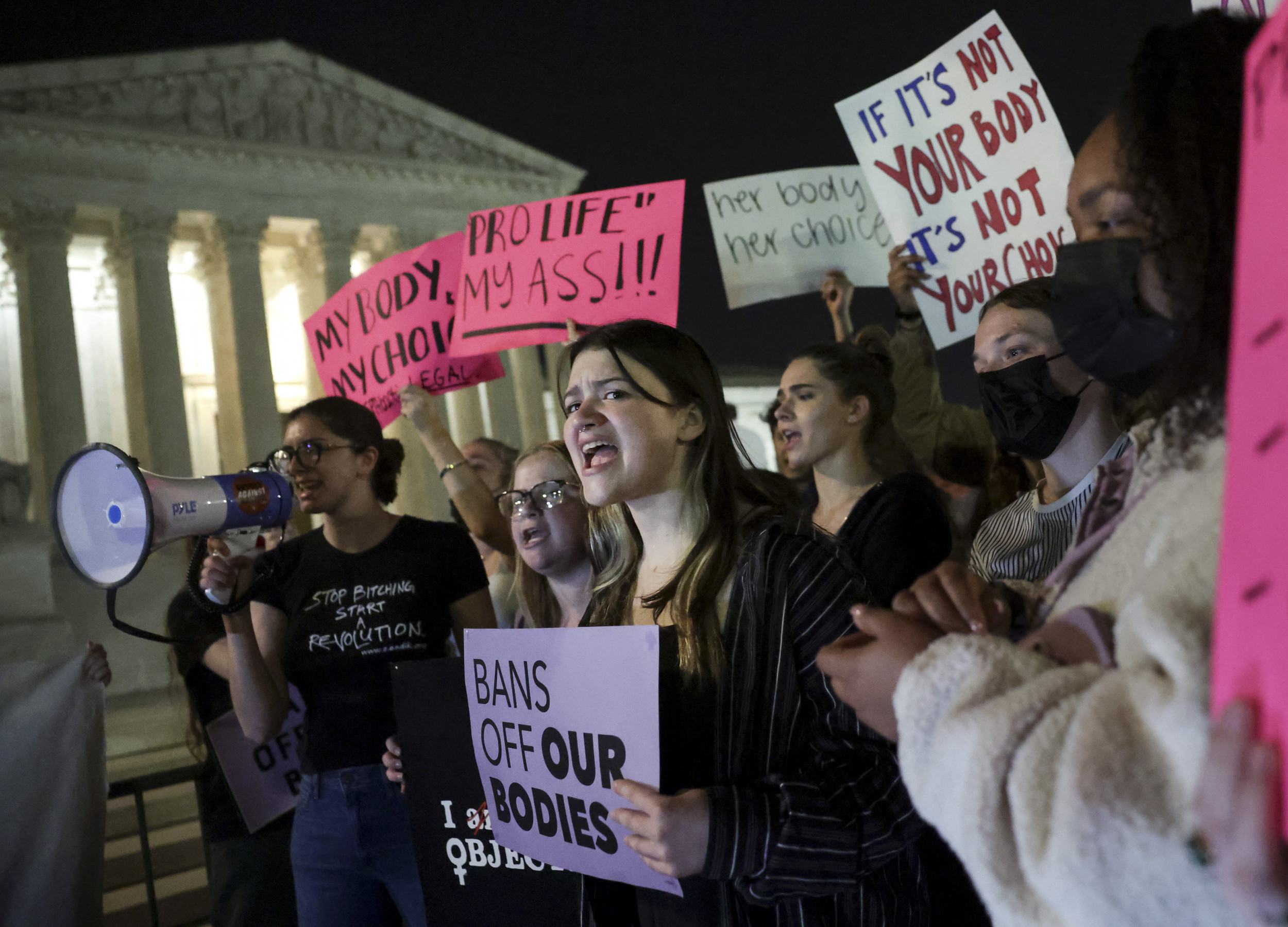 As of May 3rd, 2022, the Supreme Court has leaked their draft that would overturn the 1973 Supreme Court decision Roe v. Wade, that protects abortions under the U.S. Constitution. The draft was made Monday evening by Supreme Court Justice Samuel Alito, as he stated, “Roe was egregiously wrong from the start,”.

The Roe v. Wade decision declares that a women’s right to an abortion is protected under the Constitution and restricts governmental control, therefore giving states the power to dictate abortion rights and rules.

According to news outlet, POLITICO, if the draft is voted on and confirmed by the Supreme Court, it would emulate Mississippi’s attempt to ban abortions after 15 weeks of pregnancy. Chief Justice John Roberts also stated that the draft, “does not represent a decision by the Court or the final position of any member on the issues in the case.”

The leak of this opinion draft has caused an outburst of protests across all 50 states. Women’s marches have been held nationwide in a fight against women’s rights to their bodies. One aspect of this that is brought up in conversation of abortions is bodily autonomy. The Supreme Court recognizes bodily autonomy as the choice to refuse bodily intrusions or refuse care/treatment solely based off the principle that you have a human right to choose how you treat your body, especially in life-threatening situations. Many argue that overturning Roe v. Wade is effectively overturning bodily autonomy. Having the right to a life-saving abortion is the same as having the right to a life-saving kidney transplant.

The debate between pro-life and pro-choice is at an all-time high. I asked a few students their opinion on the matter in a group interview.

Student Samantha Barba says, “For a second, I didn’t really know what it meant, but when I looked it up, I saw they were trying to overturn the whole thing, and I just remember being like… angry,”. She talked about how confusing media can be at times and said that it’s good to educate yourself if you don’t know what’s happening.

Another student, Bunny, spoke about growing up in a religious environment, yet not letting it affect their stance, alluding to the correlation between being Christian and taking the stance of pro-life. “Some of us grew up going to church when we were younger… and the Bible says, ‘Life begins with the first breath’, but babies don’t breathe in the womb.” This is where many of the pro-life and pro-choice arguments begin; trying to find the evidence in the Bible that supports what some people claim Jesus wants them to do. Then it comes down to the separation of church and state. Many people argue this is not a government issue, but rather a personal choice, others say that what they believe to be morally correct should be law.

Student Alec Zuccari was hesitant to speak about the matter, but ultimately said, “It’s not that I don’t care what’s going on in the world, it’s just that I’m afraid to keep up with the news… this kind of stuff keeps happening and it’s just building up more and more, I’m having trouble processing everything.” He is not alone in this feeling. In a Time article written last year, research by Graham Davey, a professor of psychology at Sussex University in the UK, showed how media and news consumption today has a significant impact on people’s mental health. The consequences of constant negative media and news are detrimental to one’s mood, often increasing one’s sadness and anxiety levels. The human brain is naturally attracted to news that scares us or unsettles us, also called, “negativity bias”, therefore it makes it more difficult to find the good in news sources these days. Alec finished by saying a powerful statement, “I’m already part of the LGBTQ community, so… it’s very frustrating that I can’t have a chance to just live for once, I can’t just exist without everyone trying to battle about whether I should be alive or not.”

A final student, Maggie Schwagler, wrapped up the group interview talking about seeing pro-life protestors outside of local abortion clinics. “When I drove past the abortion clinic, like most of the protestors, they were all men.” Most of those who are pro-choice, and almost all women who support government protecting abortions, argue that men should have no say in what a woman does with her body, going along with the theme of bodily autonomy.

As of now, the Supreme Court has not given any updates on the status of the draft.